Our featured publication for August is The Significance of a Dress by Emma Lee, published by Arachne Press.

‘Nothing is unimportant in The Significance of A Dress, where next year is not the future but a question. Each refugee, suffragette or shushed voice and narrative encompassed by the poems is personal and individual, yet simultaneously universal in its reach and significance. In ‘Dismantling The Jungle’, flames form “an echo of a former life”. This vivid collection is full of such flames and echoes. Whether it’s “Each dress hangs from a noose” (‘Bridal Dresses in Beirut’) or “Everything Abdel sees is smeared, despite his glasses” (Stories from The Jungle), Emma Lee’s focus is precise, poised and packs emotional punch. Her evocative imagery is reinforced by taut lines, striking juxtapositions and intimate, moving details. The Significance of A Dress is a beautiful, powerful and haunting collection.‘ S A Leavesley

‘From the title page of The Significance of a Dress, Emma Lee cleverly fashions a feminist metaphor for #MeToo into uncompromising forms. These include the terrible symbol of bridal dresses hung from nooses in Beirut, signifying rapists absolved of their crimes through marrying their victims, a figure walking home in the UK uncertain whether she is safe from rape after a recent attack in the area, and further victims of rape and domestic abuse. The reader is never let go, with head dunked into the murky waters of domestic life until forced to accept Lee’s compelling argument of a grossly unequal world. The poet does this with immense skill in versification, giving her audience no option but to pay attention. This is daring, well-imagined poetry with global scope, giving voice to women from myriad backgrounds and cultures. It goes far beyond the boundaries of #MeToo, arguing the world has become one of disturbing realm of sexual inequality, in an atmosphere of constant threat. Lee’s collection addresses unfairness, advocating for those who have been denied the ability to speak for themselves.‘ Dr James Fountain 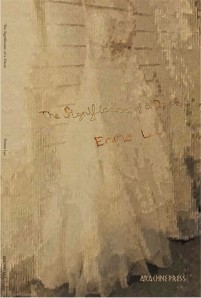 I saw life jackets left on the beach
Kos, Summer 2015

I asked the waiter, but he shrugged.
Later he loaded crates into the manager’s car.
She looked dead on her feet, said something
about an extra sitting at dinner.
But there weren’t any new guests.
It was my two weeks in the sun.
I’d eaten nothing but lettuce
for weeks to look OK in my bikini.

The waiter stopped flirting, went quiet.
I followed him to the derelict hotel where tents
had sprung up like mushrooms overnight.
He didn’t want to talk. I didn’t push it.
You learn that at a call centre. Some people
think you’re a machine and they just poke buttons.
Others, you’re the only person they’ve talked to all day.
I’d only come to sunbathe
so helping give out food didn’t seem much.

One mother told me men drifted around
and she didn’t think her daughters were safe.
After their journey, they didn’t want confinement
to a crowded room. I became a chaperone.
I taught them hopscotch on the beach.
Their laughter such a strange sound.
Paperwork’s slow at the best of times.
I left my euros for the hotel to pass on.
I hope it helped. I bought them sanitary pads.
People don’t think about that:
their bodies capable of creating life.

Previously published in The Morning Star

The significance of a dress
(Refugee camp northern Iraq)

Even if home is makeshift and her carriage is a borrowed
pair of shoes that dance over gravel baked in the desert heat,
a bride still wants to feel special, at least for one day.
No one can afford to buy when twenty neighbours share
a latrine and there’s a constant vigil against disease.
Tulin, named after a daughter, offers gown hire, make-up
and hairstyling that will withstand humid evenings.
“I don’t ask how old they are,” says the beautician. A mural
outside shows a girl in a white gown holding a teddy bear.
The future is tomorrow. Next year is a question.
A wedding is a party, a welcome, a sign of hope.
The dresses sparkle with sun-reflected diamante
but the gravel paths of the camp leave the hems stained.

Previously published in “A Scream of Many Colours” (Poetry Space 2018)

The Bridal Dresses in Beirut

[Part of a protest against Article 522 of the Lebanese Penal Code which exonerates rapists if they marry their victim. The Article has now been repealed.]

How a Dress Lost its Sparkle

“Why did they discard their clothes on the beach?”
he repeats as if another asking will adjust the answer
to one he wants to hear. He thinks mothers should launder

their own children’s clothes. He’s not placated by the answer
that discarded clothes are washed, dried and recycled
for the next boatload, for the next and the next.

Above him is Arabella Dorman’s “Suspended”,
discarded clothing gathered from beaches held
by wires and illuminated by a spherical lamp

that alternates between yellow and bright
white light, sun and moon. The clothes are flat,
no longer needing three dimensions to cover bodies.

Amongst them is a long-sleeved, ankle length pink dress
to fit a five-year-old, covered in a layer of gold gauze.
A special occasion dress that sparkles as the light changes.

A dress that doesn’t warm on cold nights, that shows dirt
and sweat, that absorbs salt water and fears, that if pulled
over a mouth would hide the bit lip that stops tears.

It won’t launder without soap and what does its wearer wear
while it’s washed? A closer look reveals a tide mark of salt,
an obstinate, rusty stain. Mementos no one wants to keep.

[“Suspended” by Arabella Dorman is an art installation hosted by Leicester Cathedral during the Journeys Festival.]

Previously published in The Bosporus Review

Emma Lee was born in South Gloucestershire and now lives in Leicestershire. Her poems, short stories and articles have appeared in many anthologies and magazines worldwide. Emma’s most recent collection is “Ghosts in the Desert” (IDP, UK 2015).  She has performed her work at The Poetry Cafe in London, all three Leicestershire universities, at LCFC, the Jam Factory in Oxford, Hatherley Manor in Cheltenham, amongst other venues. She’s also read poems for BBC Radio and EAVA FM and joined panels organised by the University of Leicester’s Sociology, Communications and Media department to talk about artistic responses to the refugee crisis arising from her co-editing of “Over Land, Over Sea: poems for those seeking refuge” and curation of Journeys in Translation. Currently she is on the committee of Leicester Writers’ Club and the steering group for the Leicester Writers’ Showcase. Emma Lee also reviews for five poetry magazines, and is Poetry Reviews Editor for The Blue Nib. She blogs at http://emmalee1.wordpress.com.

The Significance of a Dress is available to purchase from the Arachne Press website.